Carmody McKnight’s journey from an upstart wine curiosity from a small cattle town called Paso Robles to one of the most esteemed wines in the world is nothing short of high drama.  Few elite or luxury wines unveil such an illustrious course with a narrative that keeps evolving in profound and personalized relevance.

At almost the same time that Gary Conway plummeted into the Land of the Giants, he discovered and fell in love with a broken-down ranch on 320 acres in the Central Coast of California. 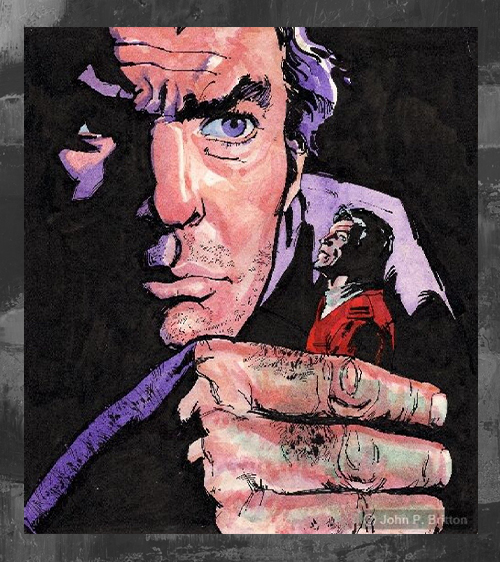 Gary and Marian signed the sales contract within hours of the near-fatal crash.  That was over 40 years ago, and it was not long before Gary eased into the chores and challenges of viticulturalist and Jeffersonian farmer.  For Gary and the family, Paso Robles was an escape from Los Angeles and what had become a noxious and pressing locale.

It seemed part time at first but like Jefferson, Gary as well as Marian grew into the experience and intrinsically understood that the core of existence, indeed, human essence draws from such a halcyon setting.  Significantly for Gary, a life-long painter, the art spirit seemed ever-glowing in this Big Sur mountain paradise.  Without the presence of the landscape that encompasses and nurtures, giving us the divine sense of place, art ultimately becomes shallow and temporary.

Along with Justin Baldwin, a banker acquaintance in L.A., Gary and Marian are acknowledged as pioneers in establishing Paso Robles, California, as the “premium wine growing” area in the world.  Justin became fascinated with Gary’s mountain valley and after fervent conversations at Justin’s bank where he worked as a loan broker and a visit to Paso Robles, he convinced Gary to sell him half of the property.  After all, 320 acres is too much to manage for a part-time Hollywood rancher was Justin’s lead argument.

Whether it was the limestone or the endless sun and cobalt skies, Justin, a budding wine aficionado, was possessed with the idea that he could create the great Bordeaux of California on this property.

Gary had his own idyllic dreams for the land starting from first sight.  Yes, they would ultimately include a companion vineyard, then a winery, and especially an art studio and gallery — a personal place to paint — an artist’s utopia… a Shangri-La, as the Chinese later called this land.

It was not long after the Conways planted their first noble grapes in tandem with Justin, the vineyard would become the most important scientifically in agricultural history with world-class studies and research conducted by universities, government, and industry.  Scientific discoveries and achievements that seemed in time and in many ways more than miraculous.

Beyond the genius of the treasured land as a Mecca for world renowned research scientists, Marian and Gary’s accomplishments, especially creative, are also difficult to match and nearly impossible to equal within the wine world.  Gary’s background as a performer, especially starring in several seminal (and some popculture) movies and TV series is internationally eminent and ever-distinguished.  Gary and Marian’s (a revered Miss America) multi-varied life experiences and attainments, as well as their passion for environmental issues and socially pertinent revelations, set their story apart and remains one of unique significance, more so every day.

A Renaissance man for our time (in fact he was awarded Renaissance Man of the Year at the Paso Robles Film Festival, Gary Conway (born Gareth Monello Carmody) was the youngest artist to win a major prize at the LA County Art Exhibition and, before age fifteen, was awarded full scholarships to three of the most prestigious art schools in the country and a special private scholarship with the L.A. County Museum.

Graduating from UCLA, he not only dedicated himself to fine art as a life-long pursuit, but also went on to become an accomplished violinist appearing at the Hollywood Bowl, as well as an architect and builder whose work has been featured in “Design West.”

His remarkable talents expanded to include TV and film star.  It was in television where he became an instant worldwide celebrity, first with a starring role in the TV series “Burke’s Law.”  While on this classic series he had the rare opportunity to work and often create friendships with a grand array of legendary stars of the silver screen, from Mary Astor, to Bette Davis, to Gloria Swanson, to ZaZu Pitts.

Gary followed the iconic series “Burke’s Law“ with “Land of the Giants.”   The world TV audience confirms Gary’s inimitable international cultural appeal as his iconic TV series “Land of the Giants” aired in more TV stations worldwide than any in history.   Today, many years after its initial release, there are highly active clubs and societies around the world devoted to Gary and the series on a full-time basis.  “Giants” is a pop-icon with social themes relevant to our day, underscored by multi-international websites, Facebook pages, and a fandom that does not wane.

Besides starring in series and a multitude of episodic television shows and major TV pilots, he starred in many motion pictures. He had leading roles and even production credits in “The Farmer,” ”Black Gunn,” “Once Is Not Enough,” to name a few. Gary wrote and directed the recent film “Woman’s Story.” “Woman’s Story” is already being heralded as: “an extraordinary film… a stunning filmmaking achievement… with such artistry that it becomes a genuine work of art.  The look of the film is much like a great painting.”  For Gary, the film is indeed an extension of his painting as well as articulating a vital social message.

Gary became noted as a screenwriter and wrote the scripts for such popular films as “Over the Top,” as well as the highly successful “American Ninja” film series.  He also originated film scripts for such stars as Laurence Harvey, Catherine Dueneve and Eddie Murphy.

Not long ago, the Chinese invited Gary to address Beijing University at their most significant event of the year accompanied by a life-story film presentation the Chinese created.  The 300 attendees were corporate chairmen, presidents, CEO’s, executives, major business leaders from all over China.

Gary and Marian’s appearances in the following days ranged from a momentous press conference with the leading wine magazines, world media and ambassador to an epochal gathering of Chinese celebrated artists in an historic exchange of ideas and aspirations.  The Chinese also brought a collection of Gary’s paintings to China for special exhibitions.

Gary’s best-selling book, Tuttle Publishing’s “Art of the Vineyard,” (about the first decades of the family sojourn on the vineyard) received superlative reviews: “indelible vision of the land”; “inspiring collection of landscapes”; “an extraordinary book of art”; “magnificent!”; “exhilarating!”; “even the palette of the French impressionists was perhaps not as bright as Conway’s.  His paintings are positively dazzling with color.”  In the review in “Booklist,” significant in the publishing industry, his work was referred to as “vivid, nearly neon color palette…the images demonstrate the human capacity to love, desire, create, and persevere…a rendering of Conway’s passion.”

The Conway narrative from the farm to fandom continues to add pages, even chapters, and grows in timeliness.  To appreciate the family saga is not necessarily science driven, but it is inevitable that it will be universally admired, ethically adulated, and culturally valued

Even among former Miss Americas, Marian McKnight Conway is outstanding.

She finished her education at U.C.L.A. on an academic scholarship.  The scholarship was one of a remarkable four separate awards she received for special academic and national merit achievements and outstanding leadership qualities.  This included a full supporting scholarship as part of Marian winning the Miss America title.

Marian’s astonishing academic achievements were accomplished even though she was born into a challenging family life with only her hard-working mother raising her and two sisters in the back lands and restricted society of a small town in South Carolina.  But Marian rose far above any impediment of youth that would shape the lives of most people.

The beauty of the mind and academic achievements is matched with Marian’s natural beauty, which has been well recognized.  On GLO at MSN Girl Crush, Marian was chosen as one of the top 11 Miss Americas of all time.  Life Magazine on Miss America’s 90th Anniversary Celebration chose the 12 Hottest Miss Americas.  She was also selected as a top Miss America by Pageant judges from over the years.

A few years after graduation and her marriage to Gary Conway, an art major at UCLA, she and her husband purchased a ramshackle ranch in the enchanting Central Coast of California.  Gary discovered the land and its unique beauty as he was plunging to near death in a crashing helicopter.   With that unusual real estate introduction, Marian had to give him his fateful wish to own this valley in Big Sur.

It was not enchanting or even desirable at first for the venerated and world traveled Miss America.  Ranching and raising cattle was not exactly what Marian had in mind for herself at that point of life as her every day was filled with TV commercials and guest appearances and representing many of the most powerful companies and industries in the world.  She was even the spokesperson for a major armed services organization with the U.S. government (her sidekicks were Joe DiMaggio and Sid Luckman).  But non-the-less, forty years ago, from culturally citified to proudly pioneering, Marian and her husband planted wheat and barley and raised cattle and then in due course planted a vineyard followed by the very first Tuscan olive grove on the Central Coast and California.

It came as a surprise for Marian that in time she was considered a pioneer in launching the Paso Robles vine and wine saga.  The surprise slowly evolved into a serious commitment and sense of duty.  Not only about the destiny of Paso Robles but also that the area must strive to be the epitome of conscionable and healthy farming, principled winemaking, and natural olive oil creation.

Marian found herself the proud pioneering proprietor of Carmody McKnight Estate Vineyard and Winery. Marian was now a philosophical winemaker, “In ranching if you can’t sell your cattle you couldn’t possibly consume all that steak, but now wine…well, that’s a different story!”

Gary and Marian’s vineyard proved to be one of the world’s supreme vineyards, and certainly the most studied by science. When they relocate the organic version of Garden of Eden it will be on this land.

Marian stays involved with marketing and day-to-day operations especially as the vineyard and olive orchard become the prime example of responsibility in our food and wine and a significant example of sustainability in our agriculture. 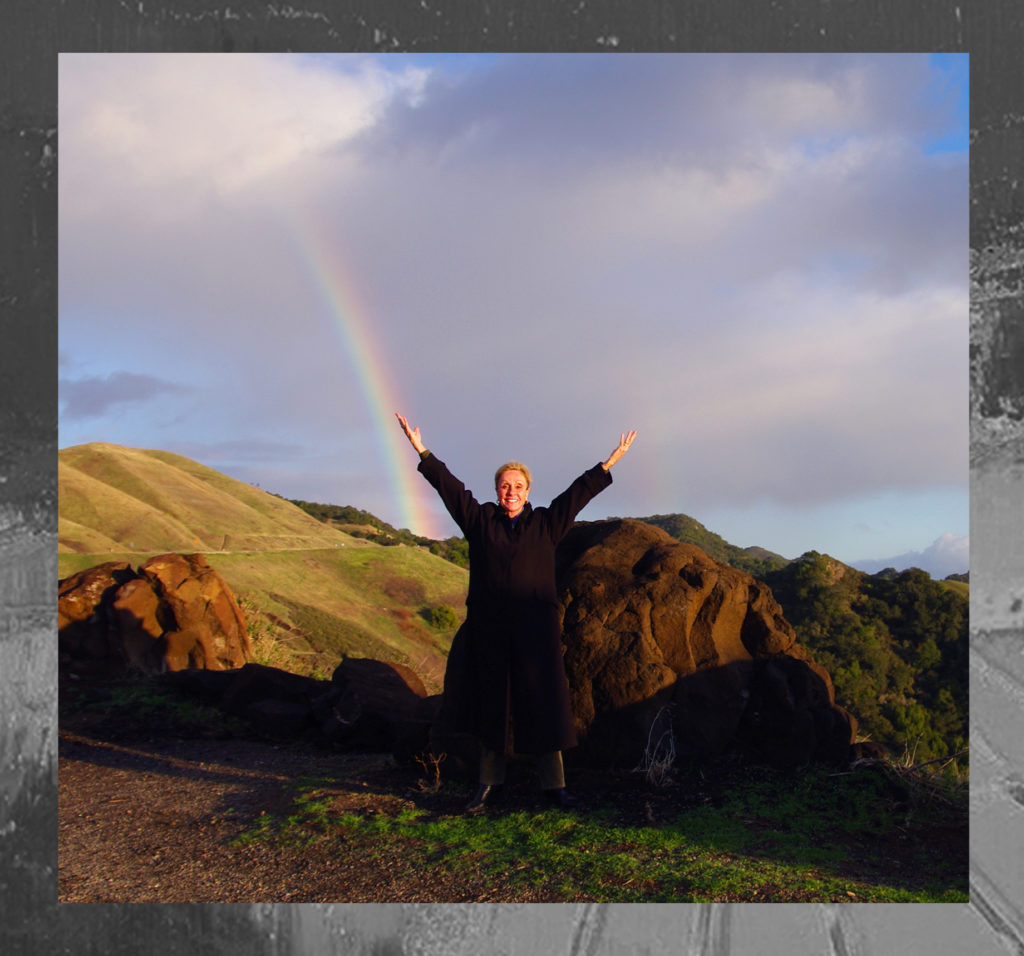 Daughter Kathleen Conway lives at the vineyard with her own company, K Estate Wines. She raises horses, alpacas, exotic sheep, and most of the animals on Noah’s Ark!  She uses her UCLA psychology major to organize benefits for animal rescue, hurricane victims, restoring a 160-year- old rural schoolhouse, and for many other needy, community organizations and at the same time planting a garden to aid low income families.  Her K Sparkling Wine and unique dessert wines are consistent gold medal winners. She also developed her own line of unique wines as well as award winning Tuscan Olive Oil and renowned Balsamic vinegars.

Marian loves sharing her long-earned wisdom and insights on food and wine and fully respecting nature and the land.  But what we put into our bodies and minds must primarily improve and protect us.   Marian’s special wisdom on this most important subject is deep-rooted and derives to a great extent from learning about nature and life from the ground up.