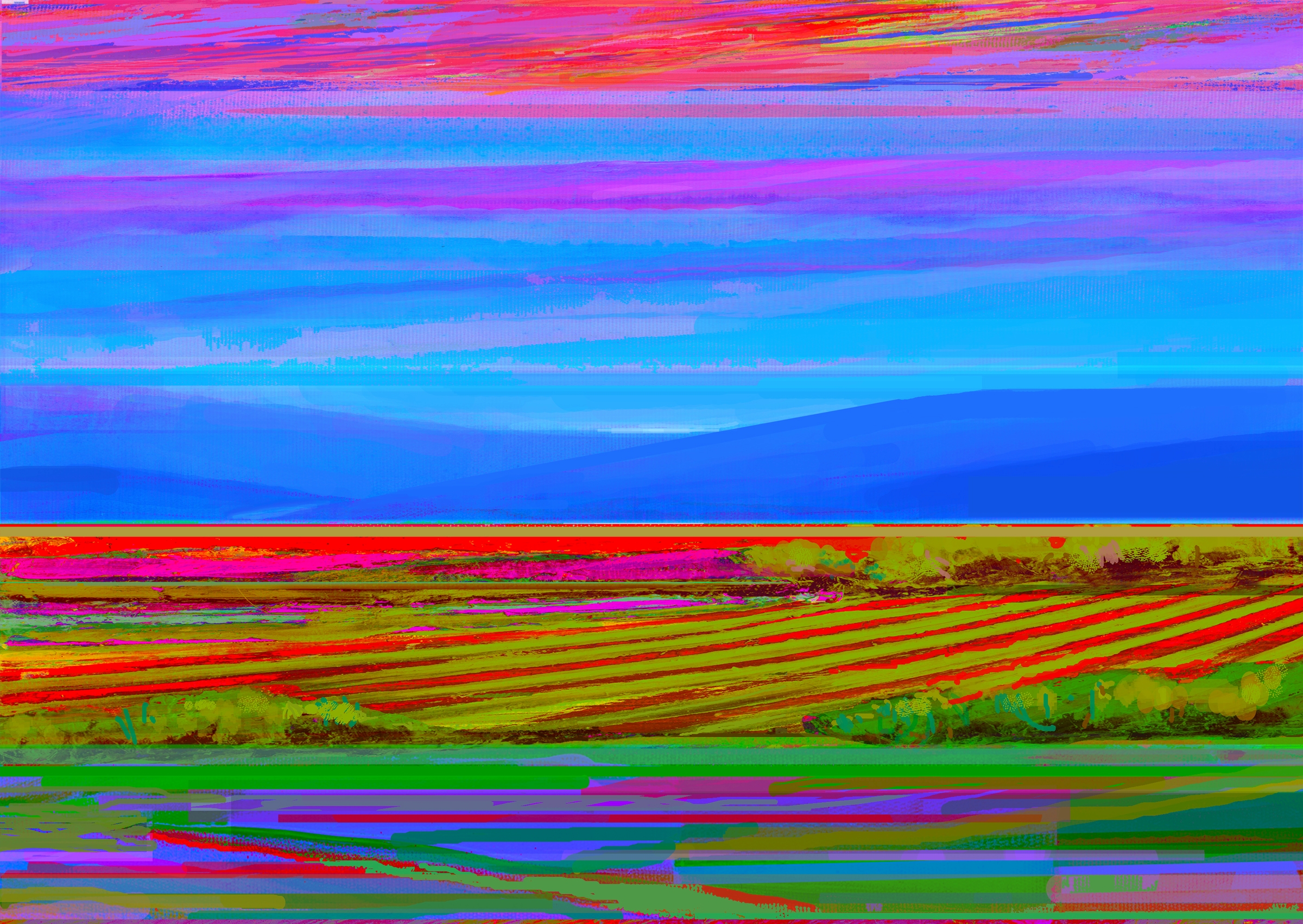 Collecting great art is buying into the consummate story. Certainly, Vincent Van Gogh proved that bond like very few.  He sold only one painting during his intriguing life; then, in time, his captivating story surfaced, and the rest is art lover’s history, let alone an art collecting fantasy.

As far as narratives go, it is difficult for any winery to tell a story similar to the Carmody McKnight epoch.  Yes, the personal history and rich culture are fascinating, but the earth and vineyard saga is unexcelled anywhere at any time. When you meet up with Carmody McKnight’s Cadenza or au naturel you see another vineyard with a creative story that took hundreds of earth scientists and decades to bring to the forefront. 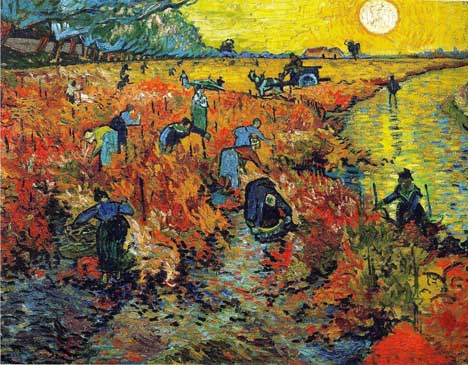 The Red Vineyard at Arles was the only painting Van Gogh sold during his lifetime.

When you observe The Red Vineyard by Van Gogh you forever see his creative story in paint and canvas. The Red Vineyard at Arles, which Vincent Van Gogh was unusually pleased with, is the only work he sold during his lifetime!  The painting was bought for 400 francs by Anna Boch.

In October 1888 Paul Gauguin arrived in Arles and moved in with Van Gogh, who was overcome with excitement and the dream of starting if not an artists’ colony, at the very least a shared studio. Van Gogh met Gauguin two years previously and was in awe of the slightly older artist, whose own opinion of himself was greatly inflated. The stay ended in disaster culminating in Van Gogh’s self-mutilation, but prior to this the two artists had worked on similar projects.  Gauguin’s influence can be seen on Van Gogh’s paintings of this time. Van Gogh was particularly enraptured with a local vineyard, whose colors were turning to autumnal reds and yellows as the days shortened into autumn. He painted The Red Vineyard, capturing the mellowed tones and glistening light of the early evening sun reflecting in the river, while Gauguin painted Vineyard at Arles with Breton Women, clothing the women in the traditional Breton costume of his home.

On October 2, 1888 Vincent Van Gogh sends a letter to Eugene Boch referring to his project to paint The Red Vineyard, in which he mentioned: “Ah well, I have to go to work in the vineyard, near Mont Majour. It’s all purplish yellow green under the blue sky, a beautiful, color motif.”

While painting, Van Gogh was not standing in front of the vineyard, he painted it at the Yellow House completely out of memory and imagination the day after he walked through the nearby Wine plantation.

Grapes (below) is one of Van Gogh’s many studies of color. He painted two types of grapes. Their colors are set off against strokes of paint in contrasting hues: blue against yellow and green against red. 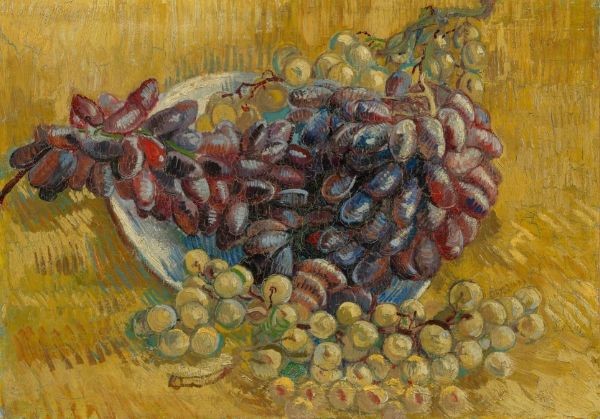 Van Gogh often tested his color combinations before painting with threads of wool in various hues. Only after that would he use his valuable paint. He had an attractive red lacquer box in which he kept his balls of wool. That testing method was used for this painting. 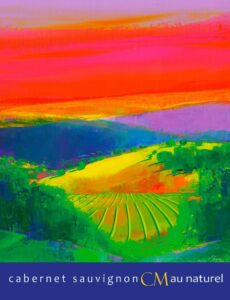