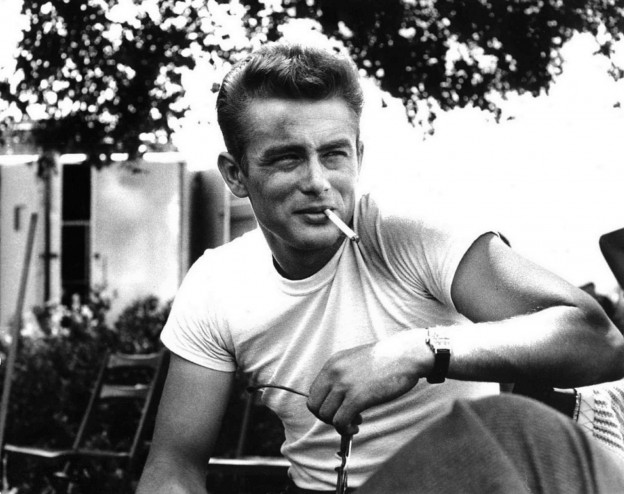 If we can break the cigarette habit, maybe we can do it with chemicalized wine.

Do you think our fellow luxury wine makers will get rid of added chemicals?

So Cool!  It doesn’t seem possible now but back in the 50’s and 60’s half the people in the country smoked cigarettes.  It was cool to smoke, and James Dean and Audrey Hepburn lit up cigarettes in the movies, and it looked bitchin’. 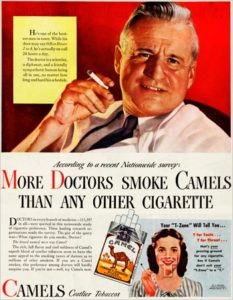 It had to be okay, because we all saw the ads like “More doctors smoke Camels than any other cigarette.”  But those who cared a bit about health became aware of the pioneering UK scientist Sir Richard Doll who in the early 50’s made a link between lung cancer and smoking.

But no worries because we believed the big ads in Life Magazine with cute babies saying: “Gee, Dad, you always get the best of everything…even Marlboro!”  So sweet and so cool.

Diane Castano, whose husband died of lung cancer, sued the tobacco industry in the largest class action suit in history.  It all began to change.  Not that cool anymore.

We’re getting close to that fateful moment in the wine industry.

The big warning came a little while ago and it was startling.  Brian Vos (CEO of The Wine Group, the nation’s second-largest wine company) announced in a major industry event that “with negative news reports concluding that wine leads to cancer or dementia, none of us want to see our industry in 20 years compared to the tobacco industry.”

Prominent research and studies link the predominant chemicalized wine to cancer, Parkinson’s, and a raft of other diseases.  More than true with cigarettes back when Sir Richard Doll made his discovery.  The prestigious UFC Que Choisir found that in France as many as “14 different fungicides in a single bottle of wine” (that would mean the application of toxic fungicides applied virtually around the clock; not much different in other areas of the world).  Bloomberg and Consumer Affairs reported same results.

An esteemed doctor, a neurologist, advised that the vast majority of wine which is flooded with toxic chemicals in the vineyard and then in the wine is probably worse than cigarettes!  Why?  Hundreds of toxic chemicals boosted by the alcohol.

Carmody McKnight is the model for luxury wine and all wine.

Not one added chemical, no fungicides in the vineyards.  As proven by the leading scientists in countless major studies Carmody McKnight is the healthiest food or drink. This is the way all wine should be and as it once was! And, very cool!

From a conscionable environmental perspective why would anyone continue with the toxic chemicalized wine, toxicity in the vineyard and ending in the bottle?  How can we not consider those making it ethically irresponsible?